Litecoin fundamentals, just like Bitcoin fundamentals are stronger than ever as Litecoin is believed to be a dupe of Bitcoin if consider the long-term investing aim for the former just at the latter. Important to highlight that as the altcoin season has elevated all the alts irrespective of a spike in price or not. Litecoin, which is believed to be an investment of the long-term, has now recorded 2.1 Million holdings from last calculated to 1.4 million by Grayscale.

ProTip: Do what @GrayscaleInvest
Does. 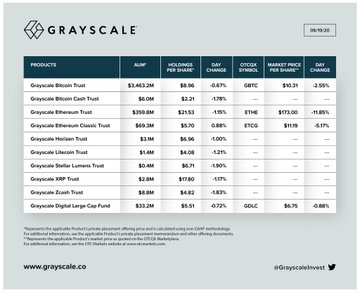 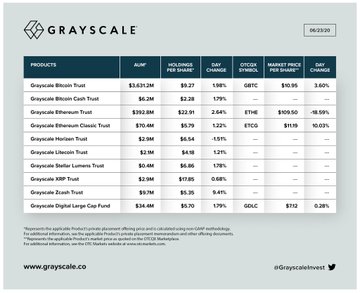 A portfolio is always a mix of risky and safe investments that can complement the amount of risk and return for an investor to fetch profit at the end of the day.

Litecoin has marked its place amongst those investment options that are safe and can be retained in the long-term. Moreover, with an increasing number of holding recently, Litecoin has also reported 3,07,603 new non-zero new LTC wallet addresses created in the past seven days. This is rightly pointing towards the increasing number of investors who are willing to splurge in the network. The price, at present, may not be enticing enough but certainly has gained believers for the future to be flourishing.

There have been 307,603 new non-zero #Litecoin wallet addresses created in the past 7 days.

65 people are talking about this

On the 24-hourly chart, Litecoin appeared flat against the US Dollar and was trading at $42.55, at the press time. The uptrend that was visible after the market crash in March was breached by a flat trend since the previous month due to a lack of steady momentum. The current price of LTC is not holding any support from 50-day and 200-day MA due to a lack of intraday momentum.

Moreover, due to volatile market conditions, LTC has been facing intraday setbacks, which has led to squeezing of 20-day Bollinger Bands, and the price trend is already hitting the lower BB due to lack of intraday momentum. The technicals are confirming the flat curve as the MACD line has turned flat since the last month, and the RSI is lying at 43 with no trading extremities.

Ethereum has made up the basis of demand for the recent DeFi boom, and the…

Headquartered in Malta, Binance, the leading cryptocurrency exchange has announced that the platform will support…

The Trump administration is looking at banning Tiktok and other Chinese social media apps, according…

How China Went From Trading Bitcoin to Creating Its Own Crypto

Over the past decade, China has had a turbulent relationship with the cryptocurrency market. While…

Serving the crypto domain as a world-class cryptocurrency exchange platform, KuCoin has announced the launch…

700,000 Expedia Hotels Can Now Be Paid With Cryptocurrencies via Travala